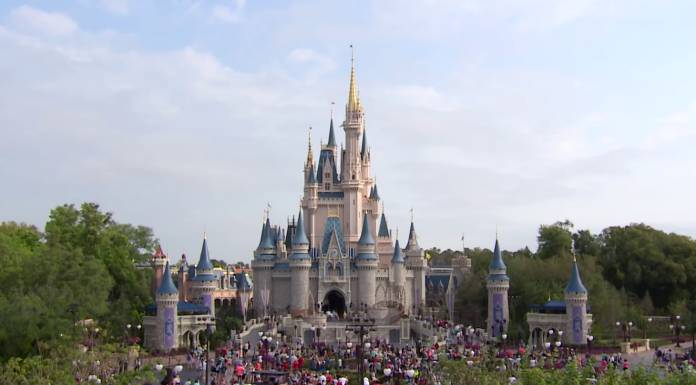 What is the fastest ride at Disney World? The Walt Disney World theme park in Orlando Florida is most known for its family-friendly rides and mesmerizing shows. But, many guests will be thrilled to know Disney offers many great rides for the thrill-seekers in the family.

Walt Disney World has numerous fast and exciting rides throughout their four Theme Parks, but which ride is the fastest? The answer may surprise you.

EPCOT’s Test Track is currently the fastest ride at Walt Disney World, with a top speed of 65 MPH. This exciting thrill ride is perfect for guests looking for an electrifying adventure while spending the day at Disney.

However, 65 miles-per-hour is the maximum speed. Small things like a windy day (even a tiny wind) can slow your ride down. But, only by a couple miles-per-hour.

This fast ride is very popular. While waiting in line, guests have the chance to design their own virtual concept car with the Chevrolet Design Studio.

When you get on the ride, you will get into a “SIM Car” and have the chance to take a test drive on the test track. You will take your “SIM Car” through different terrains, weather conditions, and angles to see how your car handles the track.

After your ride, make sure to check the scoreboard and see how your design handled the tests!

Related:  Which is Bigger Disneyland or Disney World?

What to Know Before You Ride Disney’s Fastest Ride

Test Track is not for the little ones in the family, guests must be a minimum of 40 inches tall to ride Test Track. If you have little ones in the family, Disney offers parent swap, where one parent can wait in line while the other waits in line and rides, then the parent can switch, allowing the parent waiting to skip the line and have a chance to ride. 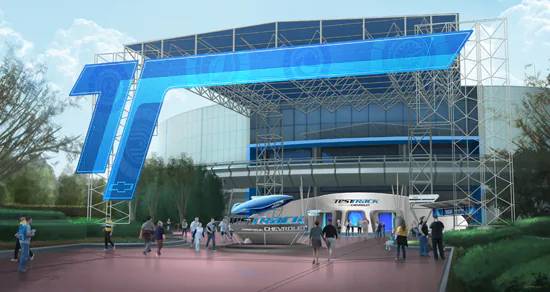 Guest must also be able to transfer from a wheelchair/ECV into the ride. A single rider line is available if you are willing to split up your party to have a shorter wait time. 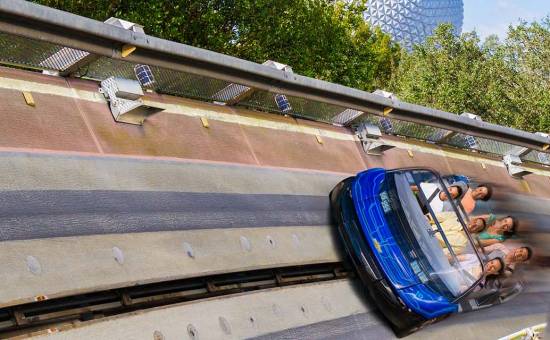 At the end of the ride, guests now have the chance to walk through the Chevrolet Show Room. Here, they can see how their car handled the track, race the designs they created, and have their pictures taken with a Chevrolet vehicle in the background.

The length of Test Track is 5246 feet long and is about 5 minutes and 34 seconds, which makes this a long ride for Walt Disney World. With 34 turns in total and a 3-story at the beginning of the ride, it is sure to take you on an exciting adventure throughout the ride.

Other Fast Rides at Disney World in Orlando

Test Track is the fastest ride at Walt Disney World. But, there are many other great rides that go over 50 MPH, such as:

Even the rides that don’t over over 50 feel like they do. Plus, go at Christmas and you’ll get to see Christmas lights while zipping around Disney for a magical time on these rides:

And don’t forget about the Disney Monorail. It goes as fast a 55 Miles-per-Hour. Technically it’s not a ride, but it does offer some excitement.

Walt Disney World has many new attractions coming in 2022 and 2023, such as TRON and Guardians of the Galaxy. It is unknown what the exact speed of these new rides will be currently.

As of March 2022, Test Track is presently the fastest ride at Walt Disney World. Have you had a chance to take a drive on Test Track? Let us know your thoughts on this exhilarating ride.