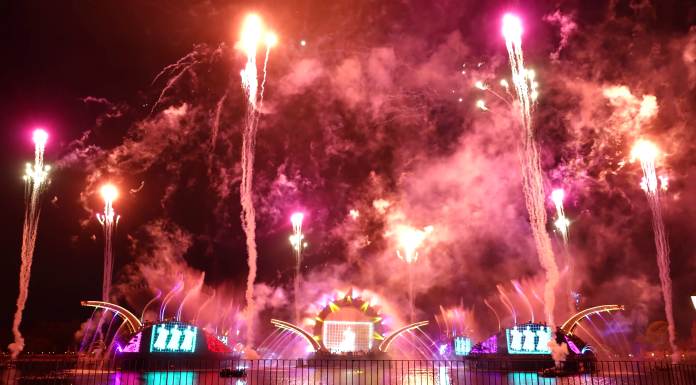 The one great thing about Orlando Florida is that you can watch a free fireworks show almost every night.

Many of the fireworks show take place in one of the theme parks like Disney World, but Disney doesn’t own the sky.

So, you can watch these elaborate firework displays without a ticket if you know where to go.

The following is a list of the place places to watch fireworks Orlando FL.

If you are looking for fireworks show, Walt Disney World is the way to go.

Walt Disney World offers two fireworks shows nightly, one at Magic Kingdom and one at EPCOT.

Most people think you must be in the Disney Theme Parks to view them, but there are some great spots outside of the theme parks you can view the fireworks light up the sky.

Here are some great places to watch the fireworks in Orlando without being inside the theme parks.

There are free places to watch fireworks in Orlando. But, you might want to book a private boat tour to view the fireworks. Even better than inside the parks.

At Walt Disney World, you can book a private boat with a captain to take you around the Disney Lakes and give you behind-the-scenes knowledge of Walt Disney World. Disney’s Fireworks Cruise includes complimentary snacks and beverages.

These boat tours hold up to 10 people at a time. The music with the show is also played in the boat for your private viewing.

Disney’s California Grill is located on the top floor of Disney’s Contemporary Resort and is perfect for viewing the Magic Kingdom Fireworks show.

Disney’s California Grill is one of Disney’s Fine Dining Restaurants, and they currently have a specialty menu for Disney’s 50th Anniversary Celebration.

You must have reservations to eat at California Grill. Make your reservations as soon as possible, they do book up quickly.

Try to get your reservations about one hour before the fireworks show for a fantastic dinner with a great view of the fireworks.

If you are looking for a place to see the fireworks all over Central Florida, Winter Garden is a perfect spot for a great view.

At the intersection of Avalon Road and Independence Parkway, you will find a great place many people pull over and can watch the fireworks shows all over Orlando. This area is less than 10 miles from the backside of Disney Worlds’ Magic Kingdom and is a great spot to see fireworks.

Not only is this a great spot for Disney fireworks but from all over Central Florida too. This area fills up quickly with families coming to watch fireworks in Orlando during Holidays.

During Holidays (such as the Fourth of July and New Year’s Eve) you can catch a fantastic firework show in almost every suburb around Orlando.

Related:  How Much are the Wands at Universal? 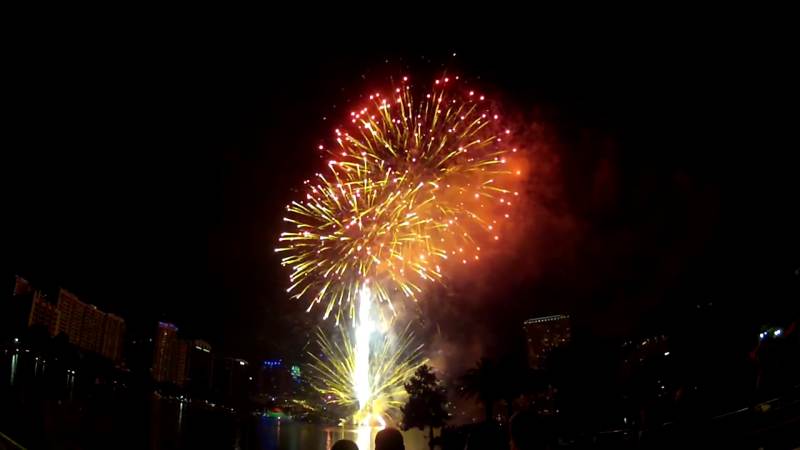 The biggest city firework show is in Orlando at Lake Eola.

It’s called “Fireworks at the Fountain” and is an annual July 4th celebration.

Thousands of people gather to catch the show around Lake Eola during special times of the year.

They not only have the huge event in the sky, but there is also a large concert series called Red Hot and Boom. Here you can watch popular bands play and see fireworks all for free.