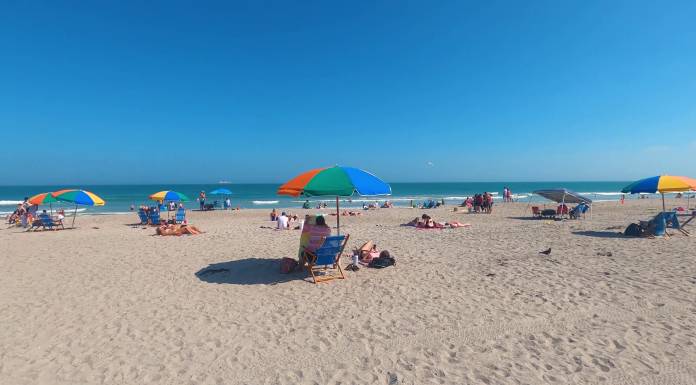 Walt Disney World is right in the middle of Florida in Orlando and is close to beaches. It is slightly closer to the Atlantic ocean, but many travelers prefer the Gulf coast.

So, if you and the family want a break from Mickey and Minnie and all the fast rides, consider a side trip to a Florida beach.

How Far is Disney World from the Beach?

So, how far is Disney World from the beach? Well, not that far. With a little planning, it’s easy to ditch the resort life and head for some sand and surf.

The closest beaches are just a little over an hour away by car.  Considering some lines at Disney World are over an hour long, a beach vacation is worth considering.

To help you decide which beaches are near Orlando’s Disney World, we’ve gathered the best beaches with everything you want for a beach day trip from the Walt Disney World resort.

The Closest Beach to Disney World is 65 Miles Away

However, this is not a sandy white beach that Florida is famous for. These are less developed and a little bit more rugged.

Many people prefer these unspoiled beaches. It’s a protected area of the Atlantic Ocean known as the Space Coast because it’s close to Kennedy Space Centre.

You can enter the beach area at the Apollo Beach Visitor Center.

Located on the eastern Florida coast and about 70 miles from WDW, this is a sandy hot spot rich in activities. It is also near the Kennedy Space Complex if you want to throw a bit of space exploration into the mix. Cocoa Beach is spacious and even though it’s popular, there is plenty of room to stake your claim in the sand. 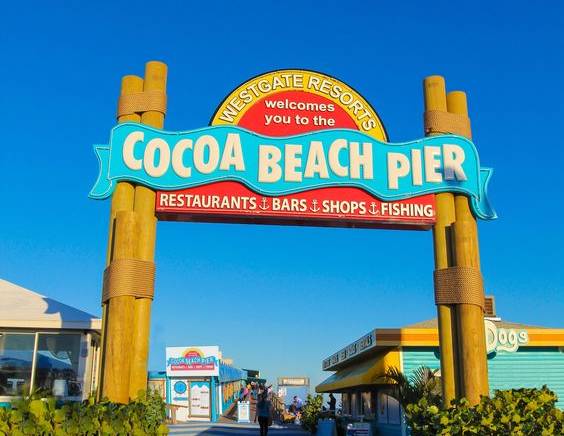 The famous Cocoa Beach Pier is here, with a multitude of restaurants, bars, gift shops, and live music venues.

Spend a night or two here to experiences all of the amenities Disney hotels have to offer with the added benefit of beach access just steps away from your room. Here you can rent boogie boards, jet skis, kayaks, and sailboats. Chairs and umbrellas are also available.

Did you Know? Vero Beach has one of the most densely populated sea turtle nesting spots in the Western Hemisphere.

About 70 miles east of Walt Disney World, escape the crowds with 23 miles of white-sand beach. Along with tons of water activities, Daytona has seasonal free concerts, bicycle rentals, and a wonderful boardwalk.

Did you Know? The world-class Daytona International Speedway is located here, and land speed racers from Barney Oldfield to Henry Seagrave to Malcolm Campbell would come here, making the area famous for speed.

Clearwater Beach is great for Families

Let’s head 90 miles west this time to Florida’s western coast and the Gulf of Mexico. Here the sand is white and the waters a calming turquoise. Clearwater Beach is everything you need to refuel after the thrill of Disney World.

The boating, fishing, scuba diving, and swimming are all excellent here. And if that isn’t enough to occupy the family, there is Pier 60, which has a large playground and marine aquarium.

Did you Know? If your kids (or you) are obsessed with Pirates of the Caribbean, you can take them on an actual pirate ship at Clearwater Beach Florida. Captain Memo’s Pirate Ship Tour will have them feeling like Jack Sparrow.