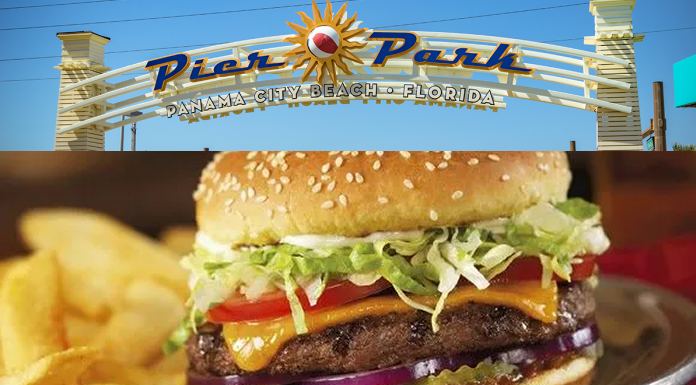 Pier Park in Panama City Beach has some of the best Hamburger joints you could wish for. There are only a few really good burger chains and just our luck, Pier Park has three of them. And, they are all great and different.

You can get a great burger at Five Guys, Red Robin, or Margaritaville in Pier Park. But depending on your mood, each one offers something different for the Panama City Beach tourist.

All of them can fill walls with the awards they have won for having the best burger. 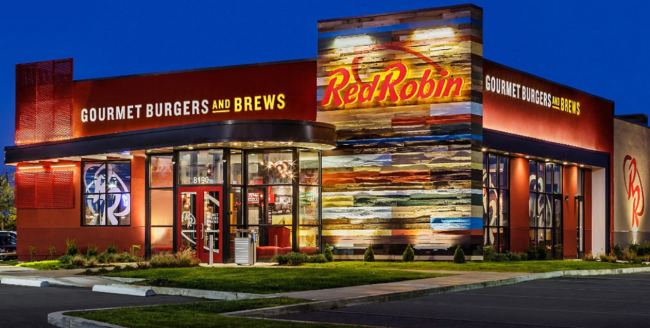 What can be better than going to the beach and having a hamburger in a nice air conditioned place with the family?

Red Robin is known for it’s Gourmet Hamburgers. You order from a wide selection house favorites that can include toppings like bacon, avocado, onion fries, mushrooms, pineapple slices or a fried egg.

My personal recommendation – a Royal Red Robin Burger. It’s a cheeseburger with bacon and an egg.

Red Robin is on the north side of Pier Park, in the Marshall’s parking lot. 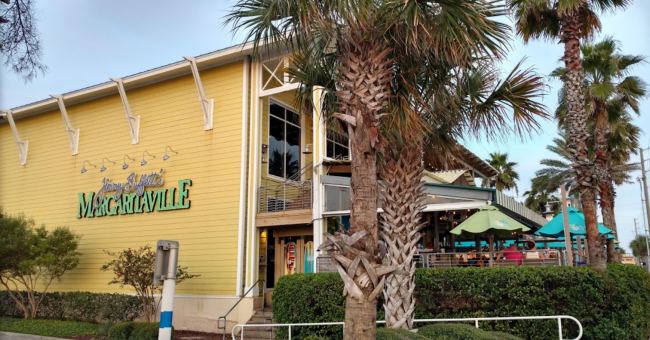 Margaritaville at Pier Park is famous for it’s hamburgers. For those that don’t know, the chain was founded by musician Jimmy Buffett and named after his hit song “Margaritaville”. He had another song called “Cheeseburger in Paradise”, so it was a perfect match.

Related:  Romantic Things to do in Panama City Beach

Whenever I go to Margaritaville, I can’t help myself, I have to order a cheeseburger and a margarita. I’m never disappointed.

While the place does have one of Panama City Beaches best selection of drinks, it’s also family friendly.  So, if you are staying close by (like the Hampton Inn Beachfront) and don’t have to drive, this is the perfect place to grab a burger and an adult beverage.

Margaritaville is right across the street from from Russell-Fields Pier (called City Pier by the locals). 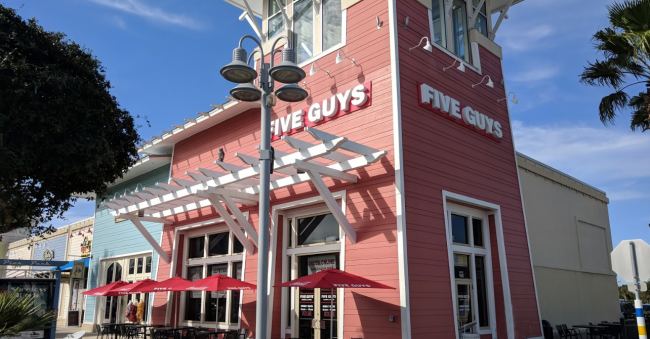 Everyone has their opinion of what place has the world’s best hamburger. For many it’s Five Guys. The thousands of awards they have won easily places them towards the top of the pyramid in the hamburger world.

But, you should know, that they cook in peanut oil and have barrels of free peanuts. So, if you or someone you’re with has a nut allergy, you may want to find someplace else. If you don’t have a peanut allergy, then you are in for a treat.

However, Five Guys is not sit down dining. You stand in line to order, fix your own drink, and wait for your name to be called. There are tables to sit and eat. You just won’t be served like at Red Robin or Margaritaville.

Your food arrives in brown paper bags that are filled to the brim with french fries. Doesn’t matter what size you ordered, your bag is stuffed with as much as it can hold.

Related:  What County is Panama City Beach Florida In?

Five Guys is conveniently located in the middle of Pier Park across from Buffalo Wild Wings.

So Many Good Burger Choices at Pier Park

While in Panama City Beach, you can’t go wrong with either of these three choices for hamburger places in Pier Park. So, just pick based on the atmosphere and you’ll enjoy a great burger.