Eating gluten free in Memphis, Tennessee can be quite the challenge. If gluten free is a choice rather than an absolute medical requirement, you may want to suspend your diet for a day or two. Because Memphis has top-notch fried food. But it’s all drenched in grease (and gluten).

For me, eating gluten free in Memphis, TN was NOT optional. So, here’s a look at where to eat and what you can dine on in this sultry Southern city without aggravating your stomach.

Memphis Is Not Gluten Friendly

First, expect a lot of skepticism (if not downright laughter) when you ask for a GF menu. We stayed two blocks off Beale Street, right next door to the historic and fab Peabody. But, I found a lot of my time was spent hungrily scanning menus and leaving frustrated at the lack of options.

Second, if you think sticking to veggies will help you eat Gluten Free in Memphis, think again. That’s because most of those are also breaded and deep fried. However, there are Gluten Friendly menus to be found in Memphis. But don’t expect a wide array. Here’s a look at a few.

Where To Eat Gluten Free in Memphis Tennessee 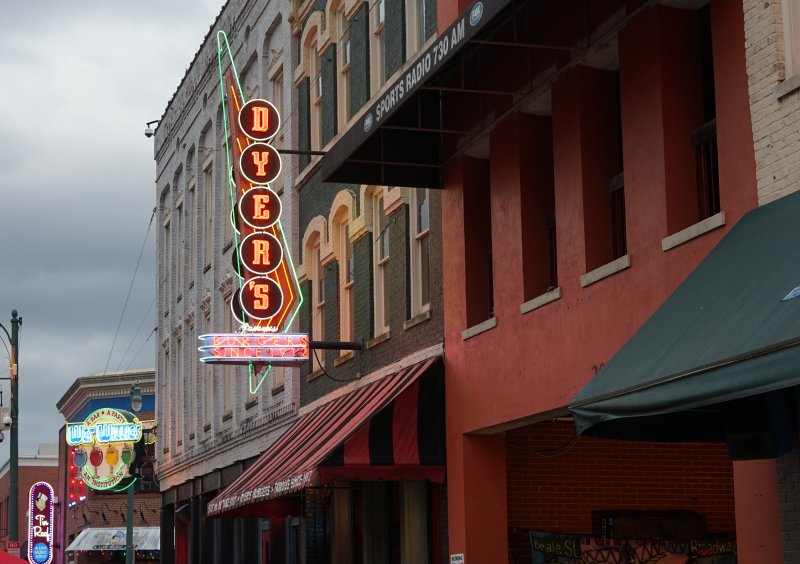 This iconic burger joint, Dyer’s Burgers, is located at 205 Beale Street and features the impressive feat of using the same oil for the past century. They throw in a little now and then but it’s vintage and super savory grease. So, to eat at this Memphis institution, order a deep fried burger and fries but hold the bun. It’s not health food, but not much in Memphis is…

The Mexican food restaurant, Las margaritas, is not far off Beale Street at 97 S 2nd Street in Memphis, TN. For me, Mexican eateries are a go-to staple in my GF travel go-to’s. After an hour of searching menus of cool and kitschy Beale eateries with no luck, I gave up and hit this place. Within 10 minutes, I had a belly full of grilled chicken in hard corn shells and a side of perfectly-cooked rice. I also grabbed take-out from here a few times.

This is a little bit more expensive place to dine, but has plenty of Gluten Friendly options for Memphis visitors. From soup to salads, fish to steaks, you’ll find options galore. However if you want the grittier, hole in the wall Memphis dining, the Majestic is not that. Also, before you dive into corn muffins or anything cornmeal breaded, be sure to ask. Because many Southern cooks add flour to their cornmeal for a smoother texture. So, don’t make any assumptions!

One of the main reasons to visit Memphis (aside from Elvis and the Blues) is to dive into excellent cooking to put some South in your mouth. But eating Gluten Free in Memphis isn’t easy. One simple approach is to hit a known chain restaurant. These all have GF dining options so you don’t risk a miserable gut-aching mistake.

Near the Peabody, attached to the Hilton Doubletree Hilton is a TGI Friday’s. Down the street is a Hooter’s. And, there’s also a Hard Rock Cafe. Just don’t expect to cruise down Beale Street and find what you need easily. At one Beale Street establishment (after scanning the menu), I asked – do you have any chicken that’s grilled and not fried… I got the reply. “Why would we do that?”

#5 The Lookout at the Pyramid 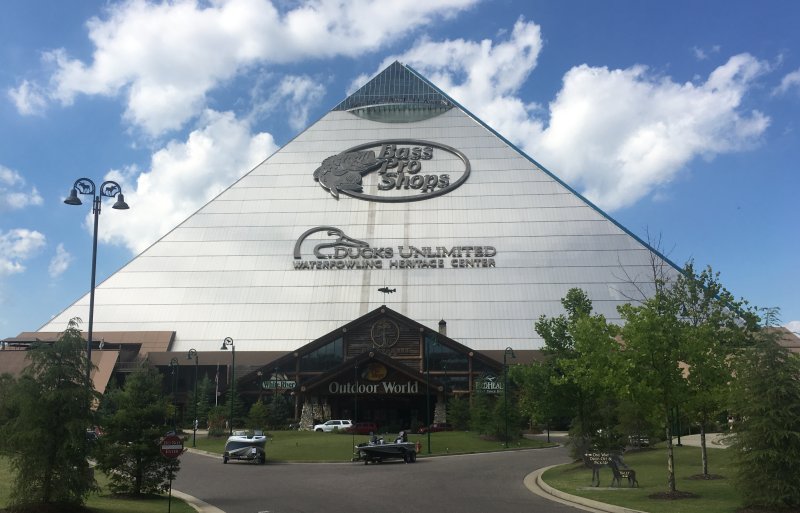 This is a little bit off Beale but worth the drive. Depending on which road brought you into Memphis, you might have seen a gigantic mirrored pyramid. That is the stunningly large Bass Pro Shops with a hotel and resort inside. It was built as a sports entertainment arena but is now something radically different. 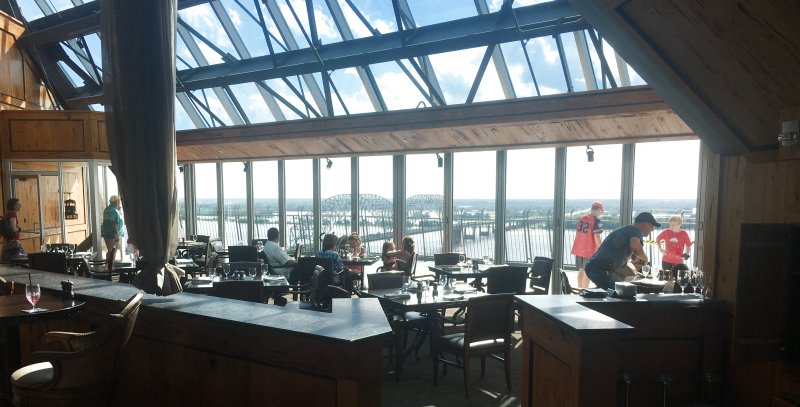 More than 320 feet at the tip top is a restaurant with 360 degree views of downtown Memphis and the Mississippi River. The menu has several Gluten Free options and they serve lunch and dinner. The elevator ride alone makes this one worth trying.

You Can Always Drink Your Dinner… It’s Gluten Free

My husband doesn’t need (or want) to eat Gluten Free. And he indulged himself in fried goodies all up and down Beale Street. Often, I’d eat first where I knew it was gut safe – and then sat sipping a drink while he ate something that looked wonderful – but gluten toxic. One night we planned to walk Beale St end to end. So, I ate a small salad, pocketed a Kind bar and spent my dinner calories on a large Gluten Friendly Hurricane.

That’s not something you can do at every meal… But for one humid-drenched, music blaring night, it was fun. The bottom line is that it’s possible to eat Gluten Free in Memphis. But it’s not easy. Plan to keep some stomach-friendly snacks on you because it can be like a culinary scavenge hunt eating Gluten Free in Memphis, Tennessee.