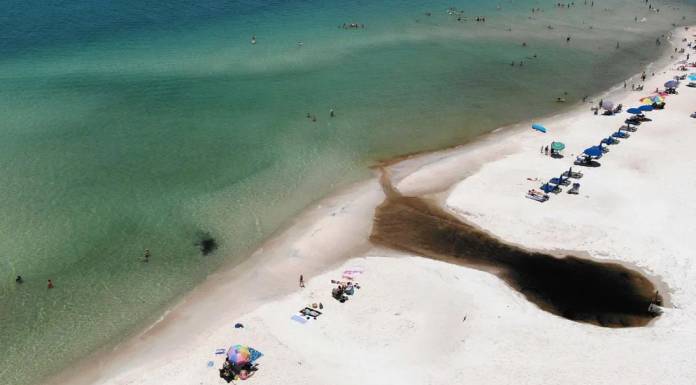 Panama City Beach is known for it’s pure white pristine beaches and a warm gulf breeze. So, it’s no surprise that it is a highly sought after travel destination for families.

Despite its beauty, there are an alarming number of social media post that say Panama City Beach has some of the country’s “dirtiest” beaches with poor water quality.

I have walked up and down the beautiful white PCB beaches many times. But, I’ll admit, there are a few rare times that I came across dark brown runoff that went into the gulf. I would simply jump across what I thought was a polluted stream of run-off water.

I assumed, like most people, that the source of this dark water was runoff from the developed areas. Things like rain washing all the oil, pollution and grime off the streets.

But boy was I wrong!

So, are the beaches polluted? The short answer is “no”. While you will see the occasional litter (straws, water bottle, coke can, etc.), the hotels and condos do a great job of cleaning up debris off their beaches on a daily basis.

And, there are many locals that walk the beach daily picking up the odd piece of litter here and there. The Panama City Beach locals are proud of the the tag line given to them by Travel Magazine – “The World’s Most Beautiful Beaches.”

What is the Dark Water Runoff on PCB Beaches?

According to the News Herald, this dark water is from offshore outfalls.

In this case, the outfall is overflow water from a nearby natural spring.  When it rains, these outfalls usually put out clear rain water mixed with spring water. But, when there’s a very heavy rain, the local Lullwater Lake floods and over flows into the springs.

Related:  Where Do the Locals Eat in Panama City Beach? 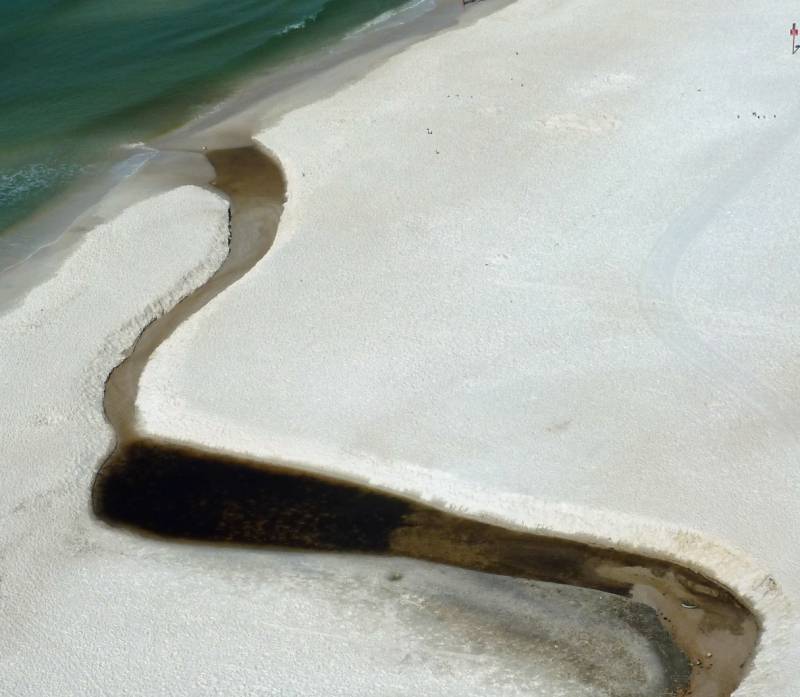 So, the outfall water is darker because it’s mixed with pine needles and leaves.  Basically, the same way steeping tea leaves turns water dark. The most important thing is, the water is clean and safe.

Even the Panama City Beach government reports that the water is not polluted.

Since the lake flowing into the springs has been taking place since before people arrived in PCB, it’s a natural part of the local eco-system.

What Can Be Done?

There are some hotels and condo complexes that want the outfall water flows moved.  They are complaining that their guest have to put up their beach chairs next to the dark water flow.

So, there is a $10 million dollar project proposed that would install a drainage pipe carrying the overflow water 1,000 feet out into the gulf.

Many visitors to Panama City Beach, once they learn what the water is, are intrigued by it. Since it only happens during heavy rains, most people will never see it during their visit. Maybe it’s time those Instagram posters take down their pics calling it “dirty” water.